Key element of negligence and fault

Causation is the area of negligence where things seem to get a little more complicated. Attorneys use causation as a defense; however, it is an element of fault. 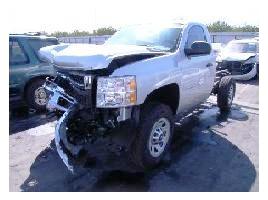 If you can prove that causation did not exist, then negligence falls apart. What we are trying to determine here is that the duty you breached caused the ultimate harm. We are looking for the connection between the two.

Let us say that you are in your car, with the engine running, and you are parked legally within the lines of the parking stall, but you are not wearing a seatbelt. A car comes rushing down the parking lot and plows into you.

In other words, there would be no causation between your breach and the ultimate harm. Since this is the case, you cannot be held at fault or be considered negligent for the accident, regardless of how many tickets you get. This same analysis applies for driving without insurance, without a license, etc. 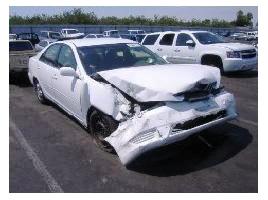 If not wearing the seatbelt aggravated the injury, there could be negligence attributed to you for the injury portion but not for the damages to the car - two different issues that are proven separately.

Causation is probably the most important element when defending your claim from fault. Adjusters seem to overlook this element. I personally did not look at it too much until I went to law school. Causation must be shown every single time and it cannot be presumed.

ACTUAL OR FACTUAL CAUSE

Did your breached duty actually cause the accident? Attorneys and judges apply two tests to answer this question. They apply one or the other but not both.

If we are talking about ONLY ONE factor that caused the accident, then we look at a BUT FOR TEST.

So in the example of the seatbelt, the analysis would go something like this. BUT FOR you wearing the seatbelt, the accident would not have happened? The answer is of course no. There is no factual cause and therefore no causation.

BUT FOR the vehicle not running the red light, the accident would not have happened? Yes. So there is a factual cause? No. We are looking at more than one factor in this accident.

Here, the BUT FOR test would not reveal anything. BUT FOR the vehicle not looking before going on green, and thus exercising the duty of lookout, the accident would not have happened? The answer is also yes! They both cancel each other out.

We must look at the second test where MORE THAN ONE BREACH could have contributed to the accident. The test for this is the SUBSTANTIAL FACTOR TEST.

We are not done yet. Was the fact that the other vehicle did not wait or did not look before going into the intersection A SUBSTANTIAL FACTOR to the accident? The answer is probably yes. You do not have to agree with me (and this is why there will be a lawsuit with attorneys involved), but you see the analysis.

The above analysis is the first step of causation. The second step is:

LEGAL OR PROXIMATE CAUSE

This term is rooted in our history since the famous opinions on Palsgraf v. Long Island Railroad Co., 162 N.E. 99 (N.Y. 1928), a decision by the New York Court of Appeals (the highest court in the state) that has changed the way Americans look at negligence. The facts of the case are not relevant to us, but the analysis of the majority opinion by Justice Cardozo and the dissenting opinion by Justice Andrews speak of LEGAL OR PROXIMATE CAUSE.

Which argument you follow depends on jurisdiction. For car accidents, most jurisdictions follow the Cardozo approach. However, many states follow the Andrews view, so it is best to understand both.

Cardozo argues that for one person to be the Legal Cause of an accident three things need to exist:

However, let us take a look at Justice Cardozo’s analysis of this element:

1. Foreseeable plaintiff: If I just do not stop at the stop sign, who can I foresee hurting? It would probably be the people in that intersection, pedestrians, other cars and their passengers, my passengers, a dog, children playing there, etc. I cannot foresee injuring people three blocks away, or people in that same intersection the day after. The question to ask is - is this injured person a foreseeable plaintiff in my accident? If the answer is yes, then move on to two.

2. Foreseeable injury: What was this person’s ultimate injury? If I do not stop at the stop sign, it is foreseeable to cause the injured person death, broken bones, severe bleeding, and/or other injuries. It is not foreseeable that my not stopping at the stop sign will cause gunshots wounds, diabetes, cancer, and other illnesses. If you have this element, move on to three.

3. Foreseeable manner:How was this person harmed? Again, if I do not stop at the stop sign, I can foresee an injury caused a collision with a motor vehicle. Maybe someone (a pedestrian perhaps) will jump out of the way and hurt himself some other way. I would not foresee that someone would be carrying explosives and that my impact would create a huge explosion that would cause weight scales to fall down, causing the final injury (Palsgraf case).

When using Cardozo analysis, you must go down those three questions to determine if you or someone else was the proximate cause of the accident. This is required to show causation and therefore negligence.

If a person sets in motion the “forces” of negligence, then all negligence for damages would be attributed to that person. Let us say I hit you with my car and you are taken by ambulance because of injuries to your right arm.

The ambulance gets in another accident while transporting you giving you injuries to the left arm, and when you get to the doctor, she performs a bad surgery. What I am liable for? THE ENTIRE THING.

I would have to pay for damages to both arms and the negligence of the doctor’s bad surgery. When I hit you, I set off a series of events that would not have happened had I not been negligent on the first place.

Negligence will be attributed to me even if there are intervening causes (the doctor’s malpractice surgery). The only way that a chain reaction of negligence can be broken is if there are INTERVENING SUPERSEDING causes. What are those? Things like criminal activity and earthquakes (and that is about it).

So if a car hits you and leaves you there, and you are later stabbed by a thief that wants your money, the person that ran you over would not be responsible for the stabbing (still has to pay for original injury).

Causation in a nutshell:
Factual Cause:
Bur For test if only one factor or
A substantial factor if two or more.
Proximate Cause:
Cardozo view:
Foreseeable Plaintiff
Foreseeable Injury in a Foreseeable manner
Andrews View:
Casual relationship, unless there are intervening superseding causes.

Regarding the Video on the Who is at Fault page

This a good exercise on the issue of causation. We know that there are many factors adding to this accident.

The driver of the van did not have his or her hazard lights on, the blue vehicle was going too fast, and the red vehicle was arguably speeding. Since these are more than one factor, a substantial factor test must be used:

Was the fact that the van did not have its hazards lights on a substantial factor on this accident? I can argue both ways, but I think it is not. The accident area had a lot of illumination; the hazard light would not be substantial enough to warn the blue vehicle.

The blue vehicle was going too fast judging by the impact. We cannot say how fast, but the speed of this vehicle was clearly a substantial factor. If the blue car driver would have gone slower, he could have stop on time or change lanes at a safer time.

The red vehicle arguably was going too fast. But he was not a substantial factor of the first impact. The accident would have occurred even if the red car was going at the speed limit.

The second step of causation is Proximate Cause:

Therefore, if you believe that the lack of hazards lights on the van was enough to make it a factual cause, then we have proximate cause, and consequently the element of causation is met.

The analysis for the blue vehicle is the same. All three factors were foreseeable; therefore the red vehicle also has causation for the accident.