It can put you at fault for the accident 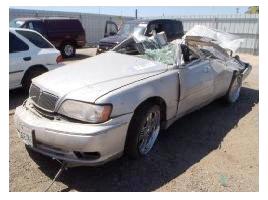 Once a duty for a driver is established, then we must show that the driver breached that duty. We know that certain duties always exist; either they are the “default duties” or those additionally attributed to the driver by the state traffic code. The question really begins with - how do we know there has been a “duty breach?” Is it by looking at the police report? Or what kind of evidence do we need to show the breach?

The police report is simply evidence. It is not conclusive nor is it the final word. Some police officers will write tickets at the scene and even make statements of who is at fault. The “ticket” is only evidence about a specific violation (i.e. speeding, following too close, drunk driving, not wearing a seatbelt etc.).

For example, a ticket for not having insurance is a breach of a duty (duty to have insurance). However, did this specific breach cause the collision? The fact that a driver did not carry insurance does not mean anything about fault or who was responsible.

As you will see, the argument that someone driving while uninsured should be automatically at fault for an accident (same applies for drunk drivers) falls short because of the next element of negligence; that is “causation.”

The police report reveals more key information than simply citations. The “contributory circumstances” of the report will give you insight regarding the duties and the breaches each driver is responsible for. The police report could show that there was a failure to avoid the collision.

However, police officers do not write out explicitly the duties or breaches. They are marked with codes or alphanumerical markings.  Good claim adjusters will be looking for these codes to determine what the police officer believes was a contributory circumstance to the crash. Learn How to Read the Police Report. 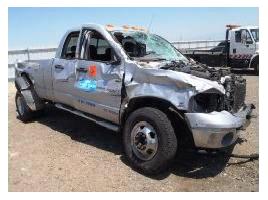 The next place where a breach will be “revealed” is on the recorded statement. Here adjusters will try to ask questions in such a way to see if you admit to something (a breach).

The questioning happens very fast and it looks as if the adjuster is randomly asking questions about the accident. The tricky thing is that you do not really know what the adjuster is looking for and could end up answering something that could harm you later on. Many people do not give recorded statements because they feel they are being “framed.”

It is very critical to answer every question very carefully. For example, if the adjuster asks “What did you do when you saw the other car?” And you answer, “Nothing, I did not have time to react.” This answer could place a huge breach on you! You have a duty to avoid an accident, and you breached that duty by saying that you did nothing to avoid it.

The same situation happens when you tell the adjuster that you did not see the vehicle at any point in time. You may say something like, “It happened to fast, or I never saw him.” This apparently harmless statement will give them a strong argument to put negligence on your shoulders. You just admitted that you breached the duty of look out by not being aware of other vehicles.

Once a breach is put on you, adjusters must follow what your state jurisdiction tells them to do. Some jurisdictions follow the “Negligence Per Se” rules. This means that if you break any traffic law, then a violation will make you negligent even if you can explain why you broke the law.

Let us say you were going 5 miles over the speed limit to get your wife to the delivery room in a “negligence per se” state. This explanation will be insufficient and evidence of the “5 MPH” over the speed limit will make you at least partly negligent for the accident (even if the other person was drunk, speeding, on drugs, and on the wrong side of the road).

Learn how to dispute your citation with the traffic ticket eBook.

Other jurisdictions follow the “Rebuttable Presumption” rules. If you violate a traffic rule, then you are “presumed” negligent.

You must raise a defense to defeat the presumption. For example, if you were speeding and you could justifiably argue that there was an emergency, then whether or not you will be found negligent for the speeding violation will be a question of fact (a question for the jury).

Fewer jurisdictions follow the “evidence” rules. The traffic violation will only be considered as evidence of negligence. It can be disputed, and it is easier to overturn than in a rebuttable presumption jurisdiction. The standard is lower. It is important to know what kind of model your state follows.

Regarding the Video on the Who is at Fault page

We are looking at three vehicles here - the van, the blue car, and the red vehicle.

The Van: We have said that depending on how long it has been since the vehicle was on the middle of the road, they could have breached a duty. However, they did not have their hazards lights on.

Although we do not know if this vehicle was disabled or was hit, we know that a reasonable person would have turned on the hazard lights (there is case law on this). The fact that the van did not signal a possible “problem” could be considered a driver breach. As noted above, this is subject to the time the van was sitting there. How can an adjuster find out? The recorded statement will probably try to get that answer.

Lookout: There is a vehicle right in front of the driver. The van’s break lights appear to be on. There are no hazard lights on the van, and the road appears to have great illumination. There could be a breach for the blue vehicle’s driver.

If she was paying attention, the driver should have seen the car right in front at a complete stop.

Avoidance: Looking at the video several times, I cannot see any attempt on the blue vehicle to stop. There is a slight application of breaks before impact, but then the break lights did not go off until after the impact. Another indication of this is the sound of the video clip. There was no tire breaking nor were there any screeching noises prior to the impact, only after.

The next thing under avoidance is to see if the driver of the blue vehicle attempted to swerve to his right or left. In this case there is no indication that she did either. However, looking at the scene, if the driver tried to avoid by swerving either right or left, the accident could have probably been worst.

Playing the clip at slow motion, there is a Lays’ truck shortly behind to the right. A little distance behind there was the red vehicle. If the driver of the blue car goes to her right then an accident with the truck or the red car could have occurred.

If the vehicle goes to the left, then a collision with the divider would have probably occurred. The law does not require you to avoid an accident to causing another one.

The fact that there was no substantial break action will put a driver breach on the blue vehicle’s driver.

Follow the Rules of the Road: This would depend on the specific rules of the state. But we know that all states have speed laws. This accident appears to be in an interstate highway where speed limits are usually 55-70 mph.

I am not a speed expert but given the damage to the van, and how far the van traveled after impact, we can deduce that the speed was at least substantial. We can argue over the fact that it was over or close to 55 mph, but in reality, it does not matter.

The reason why is because this accident happened in a work zone. There are orange cones on the road, and what appears to be cranes or work crews working. If this deduction is true, then the speed limit would have been reduced considerably. Most states would reduce it to 20 MPH in work zones.

Either way, the driver was driving too fast for the road conditions. A driver breach for the blue vehicle would probably be found here.

If the police respond to the scene and give you a ticket, you need to dispute it. Read the speeding ticket eBook or the traffic ticket eBook to get your citation dismissed.

The Red vehicle: This vehicle is the one to the left and behind of the Lays’ truck.

Lookout: The vehicle appears to see both the van and the accident. As soon as the red vehicle appeared, its speed decreased and the break lights came on. If the driver was not paying attention, neither of those things would have occurred.

There is evidence on the clip that the red vehicle let the breaks go and then pressed them again about the time the van was bouncing back. There is a clear movement to the right side. This supports the theory of avoidance. Remember, it isn’t whether “if the driver avoids the accident” but rather if she tries to avoid it. There appears to be no driver breach on the red vehicle for avoidance.

Rules of the Road: Arguably, we have the issue of speeding. But without the evidence of an impact (Van’s rear end) and the projection of the vehicle, it would be hard to determine an exact speed.