What every person has when driving a car

Every person behind the steering wheel has duties. The main duty every driver has is to avoid a collision. This is a requirement the law places on everyone. However, drivers have more duties.

When looking at car accidents and more specifically fault, there are two things we have to be concerned about:

Insurance companies define a driver (1) as any person behind the wheel of a car. This includes, and it is not limited to, children.

In addition, a “driver” is not required to have a driver’s license. The law avoids the argument that drivers should not be at fault because of their age or because they lack the age or the necessary permits to drive.

After concluding that a driver exists, the analysis must turn to identify what duties this driver actually had. The law places many duties on everyone driving a car. The four most common and that are always present when a person is driving are:


Duty to Look Out:

Look Out means that you have to pay attention when driving. You must be aware of your surroundings when you are on the road. This is one of the reasons why the adjuster will be trying to determine “where and when did you see the other vehicle” when you are giving a recorded statement.

For example, if you did not see the other vehicle until the impact, then the adjuster will probably conclude that you breached your duty of Look Out. Being unable to see someone is evidence that you were NOT paying attention or were being unaware of your surroundings. This example is not applicable to every accident. However, it is the rule rather than the exception.

Telling your adjuster that you did not see anything or that the other vehicle “came out of nowhere” has only three logical explanations:

This driver duty means that you have to do everything in your power to avoid the collision or the actual contact with another car and/or pedestrian. Sure, the other person ran the red light, but you still have to TRY to avoid them. 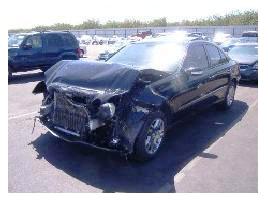 Jurisdictions vary on how much avoidance action they require you to take. Adjusters also have their own opinions regarding the avoidance action you should take. Some will want to see a “significant” attempt in avoidance while others ask for a minimum attempt. This is more of a personal approach to claims.

Some adjusters will put negligence on you if the avoidance was not significant.
Telling your adjuster that you did nothing to avoid the collision can cost you. You have to do something to avoid it.

Sometimes there is nothing you can do (e.g. when you are waiting for the light before you are rear-ended) or when things happen so fast that no one could have reacted.

Many people report on their statements that there was no “time to react,” The adjuster will probably be curious about this and will likely ask more about “when you saw the other vehicle” and “what kind of time frame did you have to react to.”

But, how do you show that you tried to avoid the accident? Remember that the duty is of avoidance “action.” The duty will not make you negligent just because an accident happened and you were unable to avoid it.

The duty really is to TRY to avoid the accident.

If you tried to avoid it but were unsuccessful (the accident did happen) then you still fulfilled your duty. Stepping on the breaks, swerving to your side, honking, etc. are perfect examples of your attempt to avoid the collision. If you do nothing, you could be at least some percentage at fault.

Here is where you turn to your state’s Motor Vehicle Code. Remember that the manuals that the local DMV gives you are not admissible in court. So you must look at your state’s actual enacted legislation.

Most states have an entire chapter of their statutes devoted to motor vehicles and the rules of the road. Usually, you can find this information for every state for free on the internet.

Once you find a statute that applies to your situation, make sure you understand each word and sentence on the statute. You can find several flaws on how the code is written.

You can even get out of a citation fairly easily if you find errors. The law is very technical, and a simple mistake can set you free of any duty. To learn more about your specific state laws go to or follow the link below.

This is the “catch all” of duties under the law. What duties do you really have as a driver?

You must act the same way as a “reasonable man of ordinary prudence” would act in the “same circumstances.”

This area is highly litigated because the “view of a reasonable man” varies tremendously. Some people call it the “Perfect Man Theory” because judges and juries seem to think that this “man” is perfect when they compare his actions to the ones you should have taken.

Your adjuster can tell you that if “a reasonable man would have done something different and you did not,” then you had a duty to act as a reasonable person.

This theory is controversial but it seeks to protect those cases where people just go crazy. It attempts to limit the reaction a driver would have taken (the overreacting driver).

If I am about to hit you at 2 miles per hour and you get out of the car and jump over a bridge, would I be negligent? You had a duty to act reasonably, and jumping over does not follow that rule. I would probably be okay in that situation.

What about the VIDEO on the Who is at Fault Page?

When looking at the video in the “Who is at Fault page,” we must look to see what driver duty did each party have.

Remember that each driver must have a duty that was breached. The breach must be the cause of the actual damages. If all of these elements are present then negligence exists.

Originally, we have a stopped van in the middle of the road. We have no information on why the van is there. Is the van there because they crashed before?

Or is their vehicle disabled? We have no answers. If we knew which state this accident happened in, we could read the statutes and see if there is any driver duty for vehicles disabled. The vehicle is stopped, so there would be no lookout or avoidance on that driver.

The key question for this accident will be how long was the van waiting there for? If the van was in this position for say 20 to 30 minutes, then an adjuster can argue that a reasonable person would have moved the vehicle out of the way.

If the vehicle has only been there for a minute or two, then it would be more difficult to make that claim. Either way, it is arguable that the van’s driver had a duty to turn on his/her hazard lights.

Depending on how the statute reads this could put the van’s driver with some duties. But even if there is no statute to that effect, then the reasonable man theory could make the issue of turning the hazard lights a duty.

The second vehicle to consider is the blue vehicle (the vehicle that hit the van from behind). What driver duty did he have? We go down the same analysis.

Look Out: Remember this driver duty exists when any person is behind the wheel of a car.

The driver of the blue car (it looks like it is a black vehicle in the beginning) was driving; therefore he had the duty to Look Out.

Avoidance: This also applies if there was a driver on that vehicle. Therefore the driver must have done something to avoid the collision.

Follow the rules of the road: We have no knowledge of the state. But generally, there are speed limitations that place an affirmative driver duty. We know that work zones have reduced speed limits. I can see some work lights and some cones. It is possible that the speed limit was reduced on this road.

Statutes also place the driver duty to conserve enough distance from the vehicle in front so you can stop in case of emergencies. This can be argued both ways. If the van was sitting there from 20 to 30 minutes then there was no actual following. But if the van was there shortly (one to two minutes) then one can argue that the blue car was following the van and therefore had a duty to conserve distance.

The third vehicle is going to be the red car that was following the “Lays chips truck.” The vehicle passes the crash, but then the van bounces against the divider and hits the red car.

Someone is driving and therefore the duties of lookout, avoidance, follow the rules of the road, and reasonable man theory would apply to this driver. Now that we know what driver duty each party had, we must look to see what duty each driver breached. Click here to learn more. If the police show up and give you a ticket, then you need to dispute it. Read the speeding ticket eBook or the traffic ticket eBook to have your citation dismissed.