And the Burden of Proof

One of the more difficult things to swallow when you have a car accident injury claim is that most of the time, you are completely innocent.

In fact, you could have been a passenger that was asleep when someone ran a light, hit you, and now you are hurt. 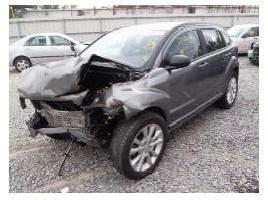 What makes this situation even more frustrating is the insurance adjuster telling you that you must prove your damages. Isn’t this backwards? You are the victim!
Unfortunately, it is true. You carry the burden of proof.

You are the victim of a car accident and now you have to prove that someone hit you and caused severe distress in your life. Isn’t that unfair? Yes, it is.

Have you heard of the saying, “innocent until proven guilty”? It applies to civil law as well. The person that hit you is innocent or not liable until proven otherwise.

But what exactly do you have to prove in a car accident injury claim and exactly what is the burden of proof?

Since car accidents are civil cases, you must show by preponderance of the evidence (not beyond a reasonable doubt), that:

In insurance claims the elements of negligence are quickly established. To show that someone is negligent you must show duty, breach, causation, and damages.

The insurance adjuster does not spend much time establishing duties. The rules of the road of every state, duties on anyone that is driving a vehicle. The adjuster will try to find breaches of those duties quickly by taking recorded statements and looking at the police report.

When the adjuster gets to "causation", they usually just move on to assess damages.

Causation means cause. Did the “breached duty” (not stopping at a red light) cause the ultimate damage? The answer is usually yes and causation is established.

However, the insurance adjuster is more concerned with the issue of damages. Did this accident cause your back pain, or was it the fact that you did not sleep well the night before? This is the type of focus an injury adjuster will have.

If you are dealing with a car accident injury claim in a court of law, you still have to prove that:

However, these elements will be pleaded and disputed one by one, and every single one can become a huge legal battle.

Attorneys will be looking at what duties everyone had very closely.

What do the state rules exactly say about this specific situation? Is the statute completely on point or can it be a deviation that could lead to no duty owed?

Even if a statute says you cannot go over the speed limit, jurisdictions in the U.S. are mainly divided among three groups. Those three groups look at the breach of a legislative statute as:

Depending on which jurisdiction the accident happened in, the car accident injury claim will be ruled by one of those three categories.

In a Negligence Per se jurisdiction, the fact that you were going over the speed limit will automatically make you negligent (as long as damages exist and that your opponent shows causation).

There are few ways to get around this analysis. For example, if there is a statute that is impossible to follow. Most states have statutes that require pedestrians to walk on the sidewalk.

Let’s say that you hit a pedestrian on the street and that pedestrian was not on the sidewalk.

In a Negligence Per Se jurisdiction the pedestrian will be negligent since they did not follow the statute.

However, if in this particular street there is no sidewalk, then that statute would be impossible to follow and negligence cannot be attributed on the basis of that statute.
If you can show that the statute is against your opponent, and they cannot justify the reason for breaching the statute, then the jury will be instructed to find that person negligent.

A rebuttable presumption jurisdiction looks at the statute and the person’s actions but before making that person negligent, they shift the burden of proof to the defendant.

Once you have shown that a statute is against them, they now have to prove their innocence.

They must show a really strong reason why they failed to obey the statute (usually emergency situations). If they can exculpate themselves, then no negligence can be attributed on the basis of that specific statute. Who decides what a strong reason is? The jury.

The Evidence jurisdiction will take everything as simply evidence. They will not make a call on negligence just because you did not follow a statute. They will admit everything as evidence and let a jury make a decision. There will be no jury instructions about the negligence of anyone.

After looking at duties and breaches in the car accident injury claim, attorneys will fight on the causation aspect.

They will argue that the accident was or was not (depending on which side) the factual cause of the accident and the legal cause.

They will also argue that the plaintiff (the injured person) must show that the accident was also the factual cause and the legal cause of every injury he is claiming.

In any scenario, you, the victim, must show that both your damages (to your car) and injuries were caused because of the accident. If you fail to show this by a preponderance of the evidence, your claim and case can be dismissed without compensation.

Insurance companies are not on your side — talk to a personal injury attorney before you make any decisions! Fill the form below or call toll free at (866) 493-7760.

Leave our car accident injury claim and the burden of proof page and return to our injury section.