North Dakota Insurance Laws require its vehicle owners to possess an auto insurance policy to drive legally in the state. A vehicle owner must have liability coverage, uninsured and underinsured motorist coverage, and no-fault insurance coverage. The mandated coverages and state insurance minimums are detailed below.

What is Your Case Worth in North Dakota?
Ask a Lawyer Now! 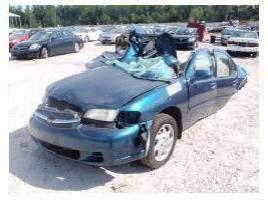 It is mandated by North Dakota Insurance laws that motorists in the state are to carry auto insurance and are to provide proof of insurance when requested by a traffic enforcer. Failure to do so is considered a Class B offense in the state of North Dakota. It is punishable with a fine of no less than $150. If you get into an accident while driving without the required insurance, then you will gain 14 points against your driver’s license. This will result to a possible suspension of your driver’s license.

North Dakota follows a No Fault Policy. In case of an accident, given a No Fault Policy, each of the parties involved in the accident will be covered by their own insurance provider, without regard as to who was at fault for the collision. It is because of this that North Dakota Insurance laws require its motorists to carry PIP coverage. There are exemptions to the No-Fault Policy. When an individual has sustained very severe losses, he is permitted by state law to seek compensation from the liable party through a court of law.