How to Calculate Pain and Suffering Settlements


To calculate pain and suffering settlements and awards properly, a consumer must have all medical records, notes, charts, and bills relating to the injury caused by the accident. 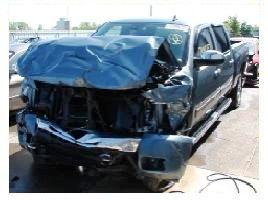 Insurance adjusters often look for statements in those records that suggest that an injury was not painful or that the patient either recovered quickly OR that the injury was caused by some other reason not related to the accident or the negligence of the at-fault party.

A proper settlement should clearly outline the different category of damages an injured party is entitled to. For example, a demand letter should document actual medical bills incurred, future medical bills required to continue treatment, medicine, future medicine, lost wages, etc. Pain and suffering should be separate and apart from those damages.

The adjuster will represent that ALL damages were accounted for. They calculate pain and suffering settlements as a "blanket" number. Most unrepresented consumers simply look at the number $15,000.00 and believe that this is a "good" amount.

They fail to realize that usually the "special damage” (at least the medical expenses portion) will be paid back to the medical doctors who placed a lien on the settlement or the Personal Injury Protection insurance company. In other words, it is likely that the net settlement a person would receive is a little more than $10,000.00 (or $10,000.00 plus the documented loss wages). This amount is less than 50% of what they thought they would get.

Now, when you calculate pain and suffering settlements, it is important that you make a complete breakdown of all damages. Your chances of increasing your net settlement go up exponentially. A good breakdown of damages would look like this:

Allowing an adjuster to lump all other damages as "pain and suffering" or even "general damages" is to allow them a big advantage in negotiations. Some adjusters will even attempt to simply pay for pain and suffering, including wage loss, which will leave a consumer with a significantly smaller net settlement.

It is much more difficult for the adjuster to devalue payments for a neck brace, future wage loss, and future medicine when a consumer is specifically dividing them. Putting a value on pain can be difficult, which opens the door to disagreement as to value.

Remember to always include pain and suffering as a different and apart damage so you can maximize your settlement.

Leave how to calculate pain and suffering settlements and go back to injury claims.