A violation of the California accident law gives to the damaged party the rights to sue for negligence. All motorists in California should be informed of the accident laws of the state, how it applies to an injured party and the types of damages that are recoverable under state law.

What is Your Case Worth in California?
Ask a Lawyer Now!

Under California State Laws, you must have minimum auto liability coverage of 15/30/5.

The enacted “Financial Responsibility Law” mandates the above minimum limit for insurance coverage. It also regulates the operation of motor vehicles in the state. By this California accident law, all motorists should be “financially responsible.” 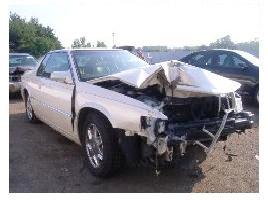 This means that they should be able to present proof of insurance upon the request of law enforcers. They should also be able to provide coverage for damages they cause in a vehicular accident. Remember that an auto insurance policy extends its protection not only to vehicles owned by the policyholder but also to vehicles rented by the policyholder on a short-term basis.

A person who files a lawsuit against others for damages caused to him is known as the “plaintiff.” A plaintiff carries the burden of proof. That is, he has to show in a court of law that the other driver, the defendant (the person he is suing), was negligent.

He can establish his argument by showing in court that the defendant has violated the California Vehicle Code or the CVC.

He can also establish an argument by showing that the actions of the defendant fall below the standards of responsible driving. The plaintiff has to show the jury that the defendant’s lack of care in operating his vehicle led to the accident.

The plaintiff also has to show the jury that the damages and bodily injuries he incurred were in fact due to the irresponsible behavior of the defendant.

Listed below are some actions that the California Accident Law considers to be negligent behavior.

Remember that the ultimate decision of negligence and of whether or not the negligent behavior is the proximate cause of the injury is determined by a jury in a court of law and that the above behaviors are just representative of negligence that is commonly encountered.