What is Your Case Worth in Connecticut?
Ask a Lawyer Now! 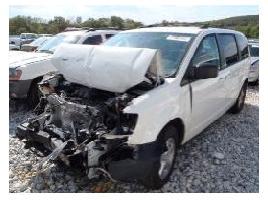 Connecticut State laws put no maximum limit on the amount of compensation awardable to an injured. This is applicable for both economic losses and non-economic losses.

Connecticut accident law allows for a statute of limitations of two years for personal injury claims. The 2-year countdown begins with the date the bodily injury was first discovered. Failure to take legal action within the specified statute automatically makes the insurance claim an invalid one.

Connecticut Accident law defines a set of procedures you must follow when filing an insurance claim against a government entity. First, you are to file an insurance claim with the Office of the Claims Commissioner. Submit duplicate copies of your claim to the clerk. The said claim should include the name and address of the liable party – the government employee and the agency that employs him.

If you are filing an insurance claim in behalf of another, like in the case where the injured party is a minor, the claim should also include their name and address. Information such as the succinct statement of the insurance claim, accident details (the date, venue and time of the collision), the damages requested and the request to take legal action should be in the claim you submit to the Office of the Claims Commissioner.

Connecticut Accident law may be different from the accident laws of other states. To know the procedures and statutes of limitations of other states, contact the Department of Insurance where you want to file your case in.