Proving fault can be difficult | Part I 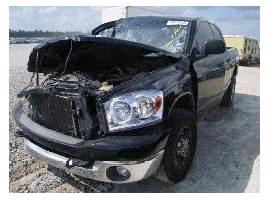 Arguing fault can be frustrating. I have seen many people go in front of a judge and “spin” their wheels on a point, but not be able to persuade the judge. I have also seen people bring huge charts, case law, power points, etc, and only make things worse for themselves.

Before you argue fault, you have to not only understand the facts, but also the law. Fault is a factor of liability and negligence. To understand all the elements required to have negligence and therefore tag fault on someone, click here.

The link above is an in-depth explanation of each element, but it is viewed from the angle of how adjusters, judges, arbitrators, and lawyers assess fault. The analysis is the same for small claims. However, you do not want to argue the format: Duty, Breach, Causation, and Damages. You do not want to come across as a very savvy, lawyer-like individual. 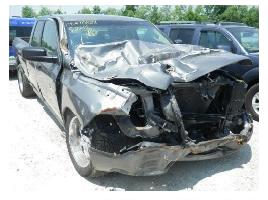 Remember, you will be having a bench trial (a judge acting as both judge and jury) and they sometimes put greater responsibilities on those more educated fellows. Looking overly savvy and prepared might make you look like you want to take advantage of the situation.

Just because you understand negligence does not mean you should go telling the judge, “Your honor, he had a duty to drive the right way, he breached that duty when he hit me, and therefore he is causally related to my damages. I need $3,000 to fix my car.”

There is no evidence supporting the statement above, but it does show that you know the elements of negligence. This will backfire on you. Instead, present your case while leading the judge along.

You can say something like, “Your honor, I was driving down the road at a normal rate of speed. I saw Mr. Smith coming from my right out of the Taco Bell parking lot. I thought he was going to stop, but instead he came right into the lane of traffic without stopping first. I tried to swerve to my left, but it was too late and my front right quarter panel hit his driver door.”

Here, you put forward the basic facts, but you have also covered your behind. Why? Your have duties as a driver (just like the other guy), and you have a duty to lookout, avoid an accident, and obey the rules of the road. If you tell the judge “This guy came out of nowhere”, or “I did not see him until we hit,” guess what? You are probably also at fault.

I know it sounds odd, these expressions are not supposed to be taken literally, but judges will infer that cars do not come out of “nowhere.” They come from somewhere and you did not see them. Why did you not see them? There are two options - 1. You are blind or 2. You were not paying attention. A judge will pick up on that and put some negligence on you for a breach of lookout.

Statements like “I did not seem him, he was right there when we hit, I only felt an impact, I looked but he was there… etc” they all make you look as if you were not paying attention. Look at the statement above. It states right and clear “I SAW Mr. Smith coming.” It shows that you were paying attention.

I am not saying “lie to the judge.” What I am saying is be careful on how you pick your words and explain the situation. If you stated “I was coming down the road and this guy just pulled out of the taco bell parking lot out of nowhere,” it achieves the same objective, but it creates the credibility problem - were you or were you not paying attention?

The second statement that would protect you is the avoidance statement, on the example above: “I tried to swerve to my left, but it was too late.” This shows that you tried to avoid the accident, but you were unable to do so. You have an affirmative duty to do this, if you just sit and let an accident happen, you can be held liable.

Be careful. Your reaction must be reasonable, so an overreaction can also harm you. Statements like - there is nothing I could do, I did nothing, I just hit him, I just ran into him etc. will put negligence on you.