How to argue in front of a judge 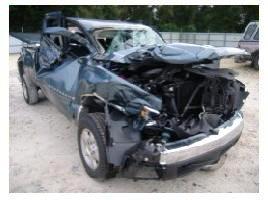 The small claims court environment changes from court to court and from state to state.

They are courts with limited jurisdiction, meaning that they can hear only certain cases (e.g. no real property disputes other than landlord-tenant disputes) and that they cannot hear cases over a certain amount of damages (e.g. Washington small claims court maximum limit is $4,000).

Other than that, small claims court is a forum where citizens come to have their matter heard. This is important because citizens are not lawyers and they do not know the rules of evidence or how to present a case.

This is one of the reasons why no lawyer (unless the lawyer is representing himself) is allowed in these courts. Also, no insurance adjuster, law clerk, or anyone with perceived knowledge of the legal system can help you (or your opponent) argue your case in court.

This helps you relax a little and be able to explain to the judge (bench trials, not jury trials – which there are none in small claims) what happened. You have the opportunity to explain why you believe you should be compensated for your damages.

This is supposed to be simple. You can say, “Your honor, he ran the light and caused $2,000 worth of damage,” and this might be all it takes. 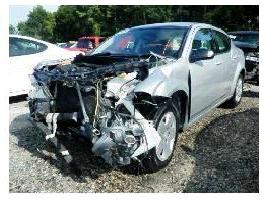 However, there are things that you can do to help the process and tell the judge what she needs to hear.

Most people just tell the judge what happened, but they forget to show their standards (what they need to prove and by how much evidence).

When you are taking someone else to court, you are in a civil court.

Often (some jurisdictions might change this) the standard of proof is “preponderance of the evidence,” meaning that you must show “more likely than not” that something happened. Judges in small claims court are very good about “fishing” this information out of you.

You do not have to show that something happened one way for sure, but it is more likely that it happened this way than some other way (more likely than not).

This lowers what you have to prove and you can point that out to a judge. In traffic light disputes, when there is a witness, it tips the balance one way or the other.

The witness might not be entirely credible, but his testimony will put more weight on one side of the balance and probably push it over the standard.

Note: Insurance adjusters do not take any witness' statement they believe is not “independent.” However, this does not apply to small claims. Judges look at all evidence, and they might not conclude that it is credible, but they will still take it into account.

When you go argue in front of the judge, usually one party goes first (the plaintiff or the person that presented the lawsuit) and then the defendant.

Then the judge asks questions if she has any and makes a decision. This is why it is important to also narrow the areas of dispute. (Different courts differ on this, but because small claims involve citizens – not lawyers, they can argue from the table and do not have to stand up. It is always a good idea to ask “Your honor, do I have to stand up?” In this setting, they will tell you yes or no).

In car accidents, you can dispute over the liability aspect (who is at fault), and the damages (how much is needed to fix the car), or both.

If fault is clear, then tell that to the judge. You can say, “Your honor, fault is clear on this circumstance. We are here to dispute the amount of the rental car.”

The judge will know that she does not need to bother with determining fault as it is clear.