The dispute over damages to your car 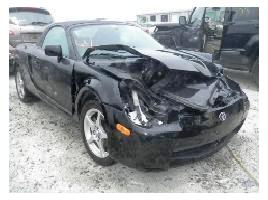 When you argue the case, tell the judge that fault is not the issue (both parties agree to fault). This is common on rear-ender situations. It may be something like, “I was sitting and he came from behind and hit me. This is clear fault, but we hear a dispute over the amount of damages.”

Most of the time, you wind up in court when the other person’s insurance company does not want to pay for all your damages. They want to deduct this or that, or they believe your estimates are too high. If they do not listen to you, you can sue the person that caused the accident and then get a judgment. The insurance company is bound by the judgment, regardless of what they think.

You should always have at least three estimates showing what you are asking for. If you come in with only one, the judge will assume that you went to the most expensive place you could find (not reasonable). If you go to three different shops (that you do not own, work at, or have any relation to) then your chances of getting what you want is much greater.

Do not show estimates that are very low or very high from each other. It simply makes the judge wonder if there is a way to fix your car some cheaper way.

The important thing is that you want to appear reasonable. If you show that you have no flexibility at all, the judge might punish you by giving you the value of the cheapest estimate.

There is no law that says that you have to go to court with 3 estimates. You can have 10 or you can have 1 (or none). But 3 is the customary number and it allows you to make a decision (pick the middle). If the estimate is reasonable (and you did not prepare it yourself), chances are the judge will give it to you.

If the car has already been repaired, then you need to show that you went with the reasonable shop, not the most expensive one, and that the repairs were in fact for the damage the other person caused. A rental bill should show that you took a comparable vehicle for the amount of time the car took to be repaired, and not any longer.

Note that most judges want to see that you actually spent money for a rental car. If you did not pay anyone (and have a receipt for the payment), then the judge might not give you the rental value. She will tell you that you were not able to prove that you needed this rental car and therefore will not pay you.

If you are thinking to go to small claims court over a damage dispute, remember that you get “one bite at the apple.”

In other words, if you win, you cannot come back later and argue that you need more money because your car was not fixed correctly the first time or that the estimate turned out to be too low (estimates are estimates, and the actual cost of repair can be up to 20% higher than the estimate).

So this will be your dilemma. Either you fix the car and then try to collect back what you actually spent and risk not getting it all or you take the estimates, get a number and hope that the actual repair will be close to the exact amount. I would rather go with the first one (this is assuming that fault is clear), but it is a hard decision for you to make.