You Gave a Statement and Now You Are Regretting It 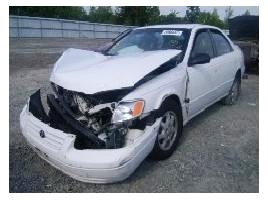 You did not have an attorney at that time, you answered the questions, and you did not read these pages before you talked. It is too late now. I am kidding. Relax.

There are ways around this. Sure, everything now will be damage control, and hopefully the damage is not too severe. However, you can always try to work around problems involving a bad recorded statement.

The first step is to ask for a transcription of the statement. What did you actually say? You must do this.

So if they say “well sir, you said on your recording that you did not do anything to avoid the accident, this is evidence that you breached the duty to avoid the collision and therefore, you are at least some percentage at fault for the accident”, then you must look at your actual words. (Note: Read more on determining fault)

The first statement will place you at fault, as you had an opportunity to avoid the collision but decided not to. The second can still be turned around in your favor.

You could have honked, swerved, stepped on the brakes etc. You just were not successful in doing that because there was not enough time. This second statement is not bad, but the adjuster will turn it against you.

You see, adjusters will put words into your mouth. They will twist what you have said to make it sound like you have agreed to something that you did not.

They will make a bad recorded statement worse than it really is, or they will turn a good statement into a bad one.

In the example above, if you agree that you saw the vehicle and did nothing to avoid it then you will be held negligent to a certain extent.

But if you did try to avoid it but were not successful, there would be no proof of negligence against you. Both statements have very different outcomes. Therefore, it is critical to your case to read your actual words. Do not let them change its meaning.

This should only be done in a more extreme case. If you show the adjuster, line per line, that you did not say what she is interpreting, then she will have to concede to that point.

Most adjusters never listen to recordings a second time, or even read the transcription of the recording (they pay a third party to do the transcription).  They basically go out of memory! So read, and read carefully. This can most definitely change the outcome of a bad recorded statement.

The second way to defeat a bad recorded statement, even if you believe that your words are very incriminating, is if the statement was taken soon after the accident.

Adjusters know this. You have tried your best to give an accurate account of things, but many times you do not know or are too shock to remember all details.

Stepping on the brakes was an affirmative action to avoid the accident. It all depends on the circumstances. But in most cases, human nature dictates your reflexes to make a move one way or another to avoid an impact.

I know that this argument is hard to make. The adjuster will be curious or will not believe that you just remembered something that benefits your claim. But this happens, it happens often, and it is effective.

You can always ask them to take a second a statement from you (written or verbal, but not recorded) where you will be calmer, and ready to give the details they need.

This argument will be more powerful if you believe that you were injured at the time the statement was taken. If there are injuries then your judgment could be very impaired. All you really want is to get out of the phone, not talk about the accident for one hour straight.

This is completely reasonable behavior, so you can claim that. Again, this is damage control.

The third way to defeat a bad recorded statement is to remind the insurance company that a statement almost never makes it into a court room.

I mean this. The statement is virtually worthless. Other than the psychological effect and the fact that an arbitrator may look at it, this statement will not be an effective piece of evidence against you!

An attorney (a good one anyway) will have it dismissed in a court of law. The rules of evidence are powerful when dealing in a case like this. Remind your adjuster of this fact. You can do this by asking a simple question:

How many of your statements have ever made it in front of a jury? The answer will probably be NONE (if they even know the answer to this question). It is difficult to defeat a bad statement, but not impossible.

The best thing to do is to not give one at all. If you decide to give a recorded statement, then you must know exactly what you are doing, and why you are doing it. If you are not sure about your situation or you feel like they can frame you, then seek the advice of an attorney.